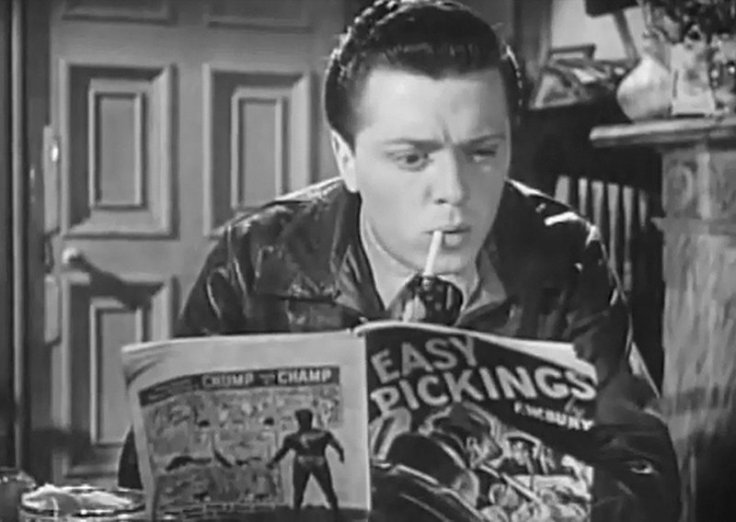 Released in 1948, this is an adaptation of Norman Collins’ sprawling sub-Dickensian novel of London life, published just three years earlier. The novel teems with stories, and much has had to be trimmed to create a workable film (the book’s current Penguin edition runs to 750-odd pages of small type), but there is still plenty to enjoy.

Set in the year running up to the Second World War, the film follows the inhabitants of a Kennington boarding house and captures perfectly their quiet desperation and deceits. The principal plot line involves a young mechanic named Percy, played by a very fresh-faced Richard Attenborough, who has ambitions above his station. In order to fulfil them he turns to crime, but his first foray into that world goes horribly wrong and he finds himself charged with murder.

It’s an ensemble piece, but Alastair Sim is superb as Mr Squales – the names are very Dickensian – a fake psychic who takes advantage of the boarding house’s widowed landlady, and there are strong performances from Susan Shaw and Fay Compton, among others.

Most of the film was shot in the studio, but there are a number of great locations used too. Not all of them have been identified, but they certainly include Balham, Westminster and Waterloo.

London Belongs to Me is available on YouTube here.

The other films I have written about under the Forgotten London Film series are: Night and the City, Pool of London, No Trees in the Street, The Boy and the Bridge, Waterloo Road, Run for your Money, The Happy Family, St Martin’s Lane, and Underground.