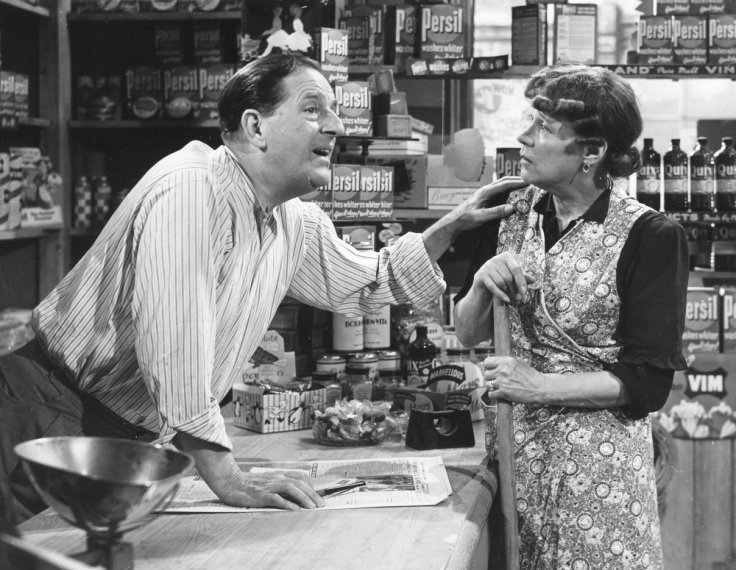 The redoubtable Stanley Holloway leads the ensemble cast in this 1952 comedy set against the opening of the Festival of Britain the previous year. I say “against” advisedly: the premise of the film is that an administrative error, discovered just weeks before the festival is set to open, means that Holloway’s family home and shop must be demolished to make way for a road. And the family doesn’t want to budge.

From a London perspective, its fascinating to see the footage of the festival being built – and indeed of the festival itself, which closes the film. (The filming location for the Lord family home, however – which stands alone on a street corner with nothing but rubble and wasteland around it – was actually in Nine Elms.)

The film would seem to owe a good deal to Passport to Pimlico, released in 1949. At least, its central dynamic – plucky Londoners tired of being pushed around by a distant and dismissive bureaucracy – is much the same, and it also shares, alongside Holloway, Basil Radford as the harassed and harassing civil servant. That it is not as good a film is disappointing; but then, not many films are.

Kathleen Harrison is wonderful as Lillian Lord, Holloway’s wife, who runs the shop in question, and there is a good role for the young George Cole, playing something of a rabble-rousing radical. For those who take a dyspeptic view of the BBC, its staff here are lampooned as empty-headed effetes.

The Happy Family is available to watch for free on the BFI website here.

The other films I have written about under the Forgotten London Film series are: Night and the City, Pool of London, The Boy and the Bridge, London Belongs to Me, Waterloo Road, No Trees in the Street, Run for your Money, St Martin’s Lane, and Underground.